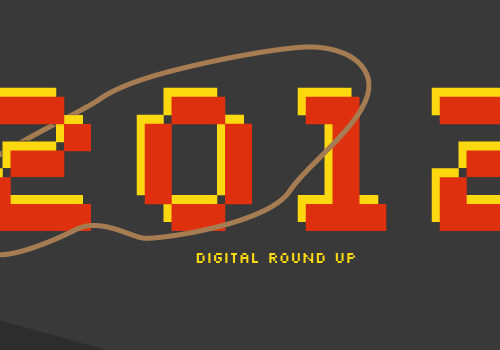 Now that it’s 2013, we figured it would be fun to cover some of the interesting, funny, and important things that happened on the internet over the past year. We saw the rise and death of the SOPA bill in the US, an international digital campaign raising awareness about tragedies in Africa, a song that just wont seem to go away, two record-breaking digital streams, a sad cat, Guy Fawkes masks in the news more often than we ever expected, and an attack on a video streaming site. So without further ado, and in no particular order, here are some of the significant internet events that happened in the past year:

Over the past year we have seen a serious effort against digital piracy, especially in January of 2012. While the first of these intense motions was introduced in October of 2011, the public outcry and backlash occurred on January 18th, when roughly 7,000 websites experienced a blackout in protest of the Stop Online Piracy Act, or… SOPA In the most basic terms, SOPA intended to grant the United States Government the authority to shut down websites that knowingly or unknowingly included links to pirating sites like The Pirate Bay and MegaUpload. Google, Wikipedia, and Reddit are just some of the larger digital powers that helped in the shutting down of the bill, explaining that it would effect a far wider group of sites than it was aiming at.

The other pirate-killing stunt was the arrest of Kim Dotcom…en.wikipedia.org/wiki/Kim_Dotcom…and the shutdown of his network of sites including MegaUpload and MegaVideo. While not quite as far reaching as the SOPA bill, the message was clear: “The USA will now attempt to be the Internet Police.” Just kidding… But Dotcom, a New Zealand resident, and German/Finnish national, is largely fighting his legal battles against the United States Federal Bureau of Investigation. While he may have won the first round of legal battles, there is certainly more coming for Mr. Dotcom.

On a lighter note, the ‘net spawned two international celebrities that without their digital presence, would certainly not have the fame they do now. The first and most obvious of these is Psy.

His song has brought K-Pop into the charts all over the world, and has been played on youtube a record 1,000,000,000 times. Just for scale, that adds up to more than 8,000 years of play time. If Gangnam style was played back-to-back, since 5000 B.C., when Beer was fist EVER brewed, it still would have another few years of play-time to go. And that’s just how many times it’s been played on YouTube. We also started to cringe when ever our parents started making Gangnam jokes…

The other web-celeb to emerge is Tardar Sauce, or as the internet has come to name her, Grumpy Cat

Grumpy cat has been on the Today Show (http://www.youtube.com/watch?v=3derpKQf45o), and had over 85,000 likes on facebook, and the originally posted image gained over 1 million views in the first 48 hours. Cats really are a big hit on the web. Who can ignore the kitchy appeal of… I can Has Cheezeburger

Over 51 million new web users have joined the internet in China, which is the same number of PEOPLE in Spain; that is to say that if every single person in Spain used the internet (and they don’t), that would amount to how many Chinese users JOINED in 2012. Maybe english won’t be the language of the internet in the future…

The hacktivist group, Anonymous, was named one of the most influential groups in the world by Time Magazine. In 2012 alone, Anonymous took responsibility for attacks on the websites of the UK government, the Ugandan government, the Westboro Baptist Church, the Israeli government, The Hong-Kong government, the Syrian government, the U.S. government, and Interpol; just to name a few. All of these attacks were in the interest of human rights by some detail or another, and gained them significant press in the past year. Here, just look at a little timeline for more details if you’re curios: Timeline

Live Video streaming brought the world face-to-face with two exciting and record-breaking events (also both involving space). Red Bull Stratoswas watched by over 8 Million people across the globe, making it the most concurrently watched stream in history. The world looked on as Felix Baumgartner jumped from roughly 39 km above the planet, reaching a top speed of 1342.8 km/hr. It was awesome.

NASA also successfully landed the Curisoity rover on the red planet, streaming the whole planetary entry on their site. The number of viewers led to their site crashing, but many were still able to watch the stream, and even 1,000 people gathered to watch in Times Square. It was ALSO awesome.

In September, Google launched Google Fiber in Kansas City, which gave residents access to the web at the highest speeds commercially offered, 1 Gigabit per second. This is roughly 100 times faster than the access most Americans have. Although pricing is steep, we can’t help but be jealous. C’mon Google, where’s our connection?!

On a more personal note, we launched over 160 new websites sites in 2012 and sent over 42 million emails!

We also moved office… After 5 years in Martlett Court the office move took us to our new Prop House at 33 Great Queen Street; a stone’s throw away from our old location with lots more space to welcome clients and more room for our expanding Account Management team.

2012 was a great year for the Internet, with records being broken mostly in the form of user numbers. We certainly loved it and are sure that the ever growing numbers on the internet can only lead to better things. That’s all for now, and here’s to 2013!