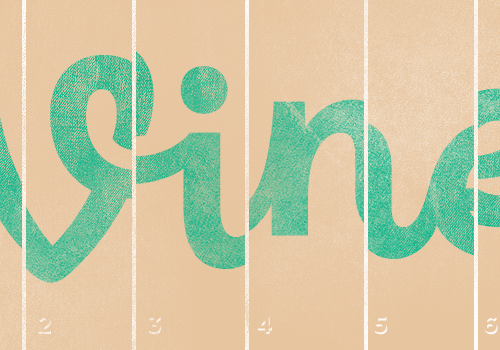 Vine is a mobile app that enables users to create and post video clips with a maximum length of six seconds. The video clip is then looped creating a gif like effect where the video has no ‘end’. They are easily shareable amongst the most popular social networks, however, being owned by Twitter (since Oct 2012), the videos seem to be better integrated and easier to view on their mobile platform. Despite a large amount of videos on Vine being shared to other social networks, Vine seems to have created it’s own, admittedly slightly smaller social network where viewers can search, comment and like videos much in the same way as you see on Instagram.

Brands can use Vine to create engaging content for consumers and to help promote their business. It is used across many types of industry now for those times when people have more than just a picture to share. Vine allows the user to show immediate creativity and skill through their use of timing (the video can be filmed in one take or rapidly cut by holding then releasing the shutter button), leading to often highly intriguing videos with many taking real skill and effort to shoot.

How can Vine be used?

Although traditionally 6 seconds is not enough time to communicate a commercial message, Vine can give brands an opportunity to express its personality and product attributes.

Who wants to sit through a three minute video from a local bar when you can see a six second clip of the same thing? Yes, the messages are condensed, but a successful Vine makes up for this by being concise in its point.

From introductions, product demonstrations, testimonials and company news, Vine can be a fun and creative way for businesses to engage with their clients.

Whilst Vine posts can be embedded pretty much anywhere (like YouTube and Vimeo), there is no API for it yet so its use on websites is currently limited, however it is definitely something to keep an eye on for the near future.

With the ever-growing increase in popularity of Vine, Instagram recently launched their own video features on their own platform. Much like Vine, Instagram users can now take videos, shoot them in either one take or with several quick cuts and then quickly share them. Unlike Vine the videos don’t loop, however they can be over double the length.  Whilst this is an ambitious change for what had been a photo-only site for several years, it clearly allows Instagram to take back some of the market that Vine has filled.

Whilst it seems like a good idea in theory, there are some who oppose the Instagram video features. Many like(d) Instagram as it was photo-only, simple and fuss-free. Now with the rise of videos on the site, some feel that it is now too cluttered, and don’t have the time or patience to watch 15 second videos.

In spite of this, a little competition never hurt anyone so it will be fascinating to see how these two social network giants face up against each other in the coming months!