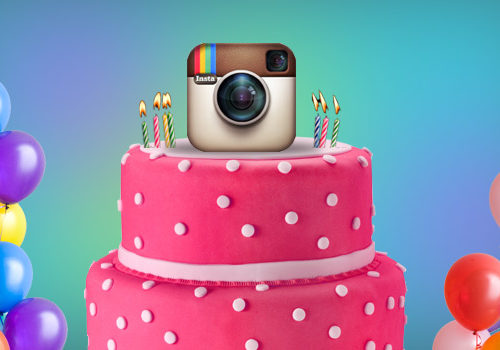 Since its inception in 2010, Instagram has taken the social media scene by storm. The site allows its users to edit, upload and share photos almost instantly over the web. In the past three years, the app’s service have been significantly updated and improved. From fairly basic editing capacities in 2010, Instagram users now have a range of filters and options for a more comprehensive experience. January 2011 saw the inclusion of ‘hashtags’, a feature that allows users to discover both photos and other users. From June 2012, users have been able to connect their Instagram accounts to Facebook, Twitter, Tumblr and Flickr. Although initially the app dealt exclusively in photos, in June this year the ability to upload and edit videos was launched.  Instagram has seen monumental growth since its birth and was sold to Facebook’s Mark Zuckerberg last year for a huge 1 billion USD.

Perhaps a more germane statistic, however, is the number of people using Instagram – to date, the photo-sharing service has over 150 million users, uploading an average of 40 million photos each day. For the average user, this figure is interesting at most. Yet if taken from the perspective of an ecommerce brand, or a company in the hospitality sector, this means free advertising to a huge audience. What’s more, every time someone likes a photo, it becomes immediately visible to all their ‘followers’. It doesn’t take long before a new collection, or an exclusive offer, has permeated through to a vast number of people without a penny being spent.   In short, Instagram is rapidly becoming an indispensible tool for those conscious of reaching a larger market.

However, a classic issue is raised here – does joining Instagram reduce all brands to the same level? As discussed here, many high-end companies are worried about devaluing their brand by associating with the ‘masses’ – something that often wholly contradicts their philosophy. However, that is where the photo editing comes into play. Now, elite brands can keep the chic and luxurious look to their products simply by tweaking their photos, whilst still being available to a considerable demographic. See Orlebar Brown’s Instagram as a fine example of an exclusive, yet accessible representation of a brand.

Last week, on their own blog, Instagram announced the imminent inclusion of adverts across the site. Although at first only in the US, the latest development to Instagram will undoubtedly reach other areas of the globe, and soon. The blog stated that “we [Instagram] have big ideas for the future, and part of making them happen is building Instagram into a sustainable business.” This isn’t exactly the best news for companies trying to advertise with actual accounts: the blog went on to say that “advertisements [will] feel as natural to Instagram as the photos and videos… from your favourite brands” – good for users, but less good for a company’s marketing potential. This being said, is it not far better to blend in than be totally absent?

As Instagram celebrates its third birthday, the number of companies taking advantage of its service rises relentlessly. More than half of top brands to this day use the site to broadcast their products (and much more). Whilst it is vital for companies to find new ways to ‘stand out’ from the norm, with an every-growing social media scene, it is perhaps more important to keep up – committing to Instagram is becoming as imperative for serious brands as using Facebook and Twitter.