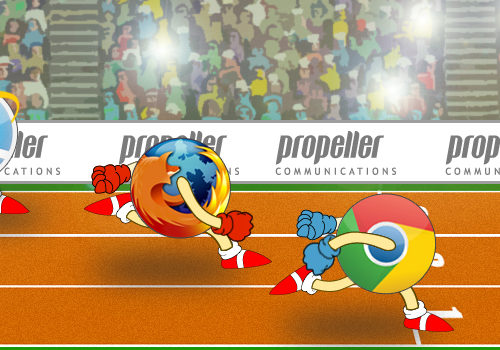 Even though lamenting about Internet Explorer may be just beating a dead horse, we may as well put in our say. The two most glaring issues usually raised with any browser are that of speed and compatibility. With the web’s exponential development and growth, keeping compatibility up to date is quite an important factor for browser providers. While Chrome and Firefox bring in forced updates to keep with the times, Microsoft’s late coercive effort has left many users (most notably large businesses) in the dust.

With many HTML5 sites, like our Zizzi.co.uk, some HTML5 elements go unsupported in IE9; and even less with earlier versions. According to Statcounter.com, 16.71% of today’s web users are on IE9, while other IE users are either on 8 or 7. This means that 46.51% of Internet Explorer users (14.53% of internet users overall) are unable to view HTML5 elements altogether. Louis Lazaris of Smashing Magazine explains that it’s statistics like these that are holding the internet back. If we are to see innovations in web design, somebody’s gotta pay for it. Who wants to have a spiffy, sexy new website if 3 out of twenty users can’t even see it? Even with the majority of Explorer users being on IE9, the issue still stands that regular updates don’t exist. Microsoft doesn’t auto update their starchild browser, and with the one year anniversary of the release of IE9 now four months behind us, the outmoding of IE9 becomes an ever more real concern.

A recent speed test done by Gawker’s Lifehacker blog showed that IE9 places pretty low when compared to Firefox, Chrome, and Opera. While the other browsers all had their successes and failures, Interned Explorer performed abysmally throughout.  Of the eight tests, IE was included in six (due to a lack of features): a cold boot-up, a tab load, a URL load, a Javascript performance test, a DOM/CSS performance test, and a memory usage test. In four of these, Internet Explorer placed third of the four competitors, while in the other two tests Internet Explorer 9 came dead last. So even without the compatibility issues, the tests basically tell us that Internet Explorer will waste your time.

While browsers like Opera, Chrome, and Firefox will have you surfing the web and exploring sites we work with most important, Internet Explorer will have you struggling to even catch the wave.