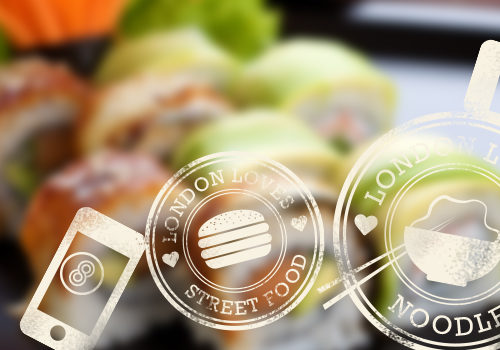 With the London hospitality industry evolving as quickly as ever, here are a few trends and key player’s that you might have missed.

Covent Garden and Soho are continuing to prove attractive for new openings with the likes of Coal Vaults, House of Ho, Feather and Hide and the second UK Sticks and Sushi popping up in the coming months.

However Clapham has something to say for itself as it seems a particular favourite for already established businesses to set-up shop. In the past year we’ve seen a new Hache and Del Aziz, The Jam Tree expand from Chelsea, Soif wine bar come off the back of Terriors bar and Brawn, and more recently Northcote Regards, the next Cattle Grid and the eagerly awaited Breakfast Club number six. It’ll be interesting to see the next big player in the industry to make the move.

So what’s on the Menu

SushiSamba and Coya  have started the trend and Chotto Matte opening up in Soho next month is set to continue it, this mixture and style of Nikkei cuisine certainly seems to be creating a buzz.

With the recent openings of Bone Daddies, Tonkotsu, Shoryu Ramen and Nanda, and the soon to be Koyo-ko, it seems that if Japanese isn’t being blended with Peruvian, then it’s all about the Noodles.

Despite the recent additions to the London scene from American chains Five Guys & Shake Shack, apparently there is enough room for the Brits with Byron still powering on, Honest on track for their third opening, BRGR.co opening up their second place in Chelsea, and some one-offs on the scene like Patty and Bun Soho and Tommi’s Burger Joint in Marylebone.

The stripped back approach is still on the up. What started with Burger & Lobster and Bubbledogs offering one or few specialties on the menu for an affordable price has now expanded to the likes of Pitt Cue Co., Wishbone in Brixton, Flat Iron Steak, and Goodman’s next venture Steak & Crab. This has also been the driving force behind the Food Truck community moving into permanent spots around the city. Meat Liquor started it and we now have Tommi’s Burger Joint, Pizza Pilgrims, and Homeslice pizza, all building their brand on our desire for simple street food in an innovative and trendy environment. Prepare to see more of these businesses pop up too; their ability to quickly grow, build up strong followings and turn healthy profits is grabbing the attention of private investors from both inside and outside the hospitality industry.

Oh, and Tea, there are some exciting things happening with Tea.

Amongst the Instagraming, Vineing, Tweeting and Sharing there are a couple of brand new apps of interest.

Boppl is a service app that enables customers, staff and owners to maximise time. It allows users to pre-order and pay for food and drink in advance allowing them to be picked straight up on arrival, eliminating waiting time.

Having only been launched on IOS last week it has already seen a quick take-up from bars and restaurants, particularly in the business districts at venues catering for work meetings and office workers with limited time for lunch.

Not yet available in the UK, but having caused quite the stir in New York, Kapture is definitely one to watch out for.

Combining the over saturated world of Daily Deals with the ever-popular process of posting a picture of your experience at an establishment on your favourite social networking site, this is the best of both worlds.

It allows merchants to leverage user generated content to help spread the word about their businesses and strengthen their relationships with consumers.

On visiting a participating venue you simply need to follow the apps instructions; take a picture of your food, drink or the venue; share it on Facebook or Twitter; and receive an instant discount or freebie.

This essentially formalises the process of the ‘like us on facebook for 2-4-1’ or ‘Tweet the Bartender for 20% off ’ that we see so much of, a fun and effective marketing tool that provides a reward for  the customer and  exposure for the business.

The development of this App is also a clear indication that vendors truly understand the direct impact on their business from their customer’s social media activity, we therefore eagerly await its UK arrival.