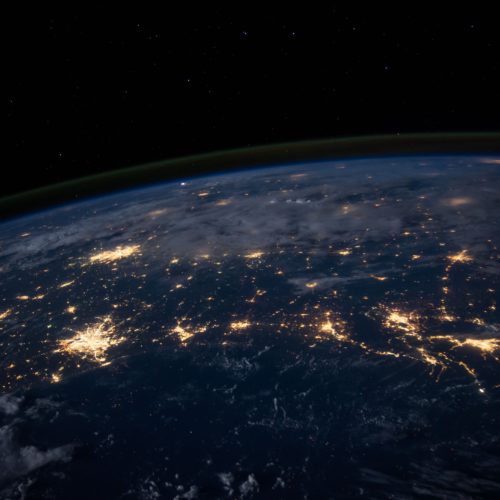 By now, you will have heard the word ‘blockchain’ being thrown around in ads, on social media and by that guy at work with a diverse cryptocurrency portfolio. At first, you may have thought, ‘I wish this guy would just let me eat my lunch’, but you may also have wondered what this blockchain actually is.

Well, let us help you out…

The blockchain is a method of recording cashless transactions between two parties that is an alternative to using banks. Traditionally, if a friend wanted to send you £20 for the meal you paid for at Market Halls the other day, they need to contact their bank, who will check that your friend has enough money in their account to send you £20. Their bank will then contact your bank, who will verify the identity of their bank, and agree to honour the transaction. A £20 debit from their account is recorded on their bank’s ledger and reflected in their account balance, and £20 is similarly credited to you by your bank.

Of course, neither you or your friend are aware of any of this going on behind the scenes; you just see their overdraft get bigger and yours get smaller.

In the wake of numerous scandals and economic ‘mishaps’ caused by bankers over the last 20 years, it seems reasonable that people might look for an alternative to relying on their bank’s integrity to pay back their friends.

This is where the blockchain comes in. Imagine that you, us, all our friends and Market Halls all use a currency that isn’t controlled and regulated by a central bank (e.g. Bitcoin). If we wanted to send you ₿0.0032 (£20 at time of writing) after our lovely meal, we need to find a way to record this transaction so that neither of us can be dishonest about it. The blockchain’s answer to this is for all account balances on the network to be public, and for everyone on the network to maintain a ledger of all transactions.

So we would tell all of our friends (and Market Halls) that we are going to send you ₿0.0032, and that they should debit our account that much and credit yours on their copies of the ledger. Once enough of them do this, the transaction is confirmed and we send you the money. Simple, right?

That transaction would be part of a ‘block’ of transactions involving us, our friends and the restaurant, and it would be added to the ‘chain’ of all the transactions we’ve ever made. We can be sure that no transactions have been missed or tampered with because there are as many copies of the transactions (and our balances) as there are people in the network – this is known as a ‘distributed ledger’.

In reality – much like using banks to send and receive money – the sender and recipient experience very little of this process. Computers (or ‘nodes’) replace most of the people in the example above, so notifications are sent and received much faster, and huge volumes of transactions and blocks can be processed simultaneously. While all balances and transactions are publicly visible, people’s identities and the blockchains themselves are secured using cryptography (think Da Vinci Code), so trying to break in and edit the ledger becomes very difficult – especially considering how many copies of it there are.

Blockchain tech is mostly used to trade cryptocurrencies like Bitcoin and Ether, but there are all kinds of potential applications for this technology across many industries. Ujo is using blockchain tech to build a database for musicians to record ownership of their work and keep track of royalty payments. Arcade City are challenging Uber by creating ride-sharing networks owned by drivers, rather than a central HQ.

If you’ve made it this far down, then hopefully you’ve picked something up about blockchain tech, and why it’s quite an exciting new way of looking at how we manage data, businesses, and our lives!

I’ll let you get back to your lunch.