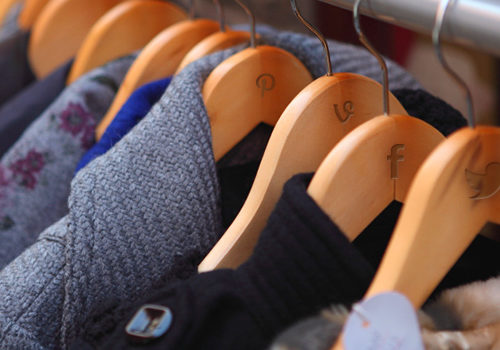 It’s a common problem in a not-so-common industry: How do luxury brands keep an air of cool exclusivity whilst representing themselves on free-to-all social media platforms? For companies whose appeal is the golden carrot dangling just out of reach, it may seem out of character to then post their every move for all to see.

Social networking accounts for more than a quarter of time spent online and more importantly, it’s time spent engaging; coining a hashtag, uploading an image on Facebook, visually streaming your life on Instagram or creating an inspiration board on Pinterest is digital media’s way of allowing users to produce or share content.  Premium brands should recognise not only their target consumer but those who aspire to buy their products; brand related buzz could just as easily originate from a blog post that has been shared as from a coordinated and planned press release.

So how would a high end brand approach this?

The idea is to keep it simple, distinctive and unique. How are you expecting your audience to engage and how will it encourage sharing? Brands can retain their exclusivity whilst including & inspiring the masses.

Matching Facebook and Burberry may seem like an oxymoron however that’s exactly what CCO Christopher Bailey did, increasing online sales by 50% in 2009 – part of which was directly attributed to traffic generating from their online social campaign “The Art of the Trench”. It combined street style photography with the unique status of the Burberry trench, allowing existing customers their 15 minutes of fame & the opportunity to “be a Burberry model”, which in turn inspired fans and peers. See more here.

The re-opening of Louis Vuitton’s New Bond Street store was a typically exclusive red-carpet affair, attended by only the A* list. Louis Vuitton created an event on Facebook, similar to an invitation you would receive to go to the actual event, to reach out to their fans and had a countdown to build excitement. They had a dedicated app with live streaming that also had gave users the chance to update their status and allowed you to take photos (if you happened to be nearby). These photos were sent to a new album on your profile & appeared directly on the news feed, exposing all of your friends to the event. The footage was then edited in to a video for their official Youtube

With the introduction of Vine, many brands have been posting short, quirky videos to promote a particular event or product. How does this translate to the luxe? Burberry once again established itself as a truly digital luxury brand by posting their entire SS14 Mens show in just 6 seconds. See for yourself

Jimmy Choo’s “Trainer Hunt” was a collaboration between its Facebook page and Foursquare. Users were given clues and hints using Foursquare as to where the trainers might be hiding, checking in in hip and cool bars, restaurants and clubs throughout the city. The campaign resulted in a 33% increase in sales from its trainer collection & increased positive sentiment about the new range by 40%.

And the winner is?

Surprisingly, the brand that has really coined luxury & social media has, in the past, been perceived as dated and somewhat traditional. Oscar PR Girl has burst on to the scene, every scene, with a constant flow of Tweets, Instagrams, posts on tumblr etc. It goes on. Rather than being showy or over the top, the PR Girl has managed to communicate her love & admiration for Oscar in a very personal way whilst giving inside “exclusive” peeks in to the brand. For the Autumn/Winter 2013 campaign they released images on Instagram before anywhere else, garnering thousands of likes within the first hour. After this “Insta-exclusive” they extended to Facebook and Twitter, including links to pre-order the collection so as to track click-throughs and conversions.

On top of what we could now call “traditional” social media (Facebook, Twitter) there are Vine and Instagram; simple but effective and aesthetically pleasing. Was it a coincidence that Vine launched just in time for New York Fashion Week? Well, it certainly didn’t hurt. Luxury brands have been posting the 6 second Vines in order to generate interest & build excitement ahead of their catwalk shows.

With all the social media available and a clever digital strategy, every luxury brand can find their voice and utilise the platforms to their advantage. Seeing this as an opportunity is key: these brands remain luxurious by engaging not only their paying customers but also people who want, but can’t have.